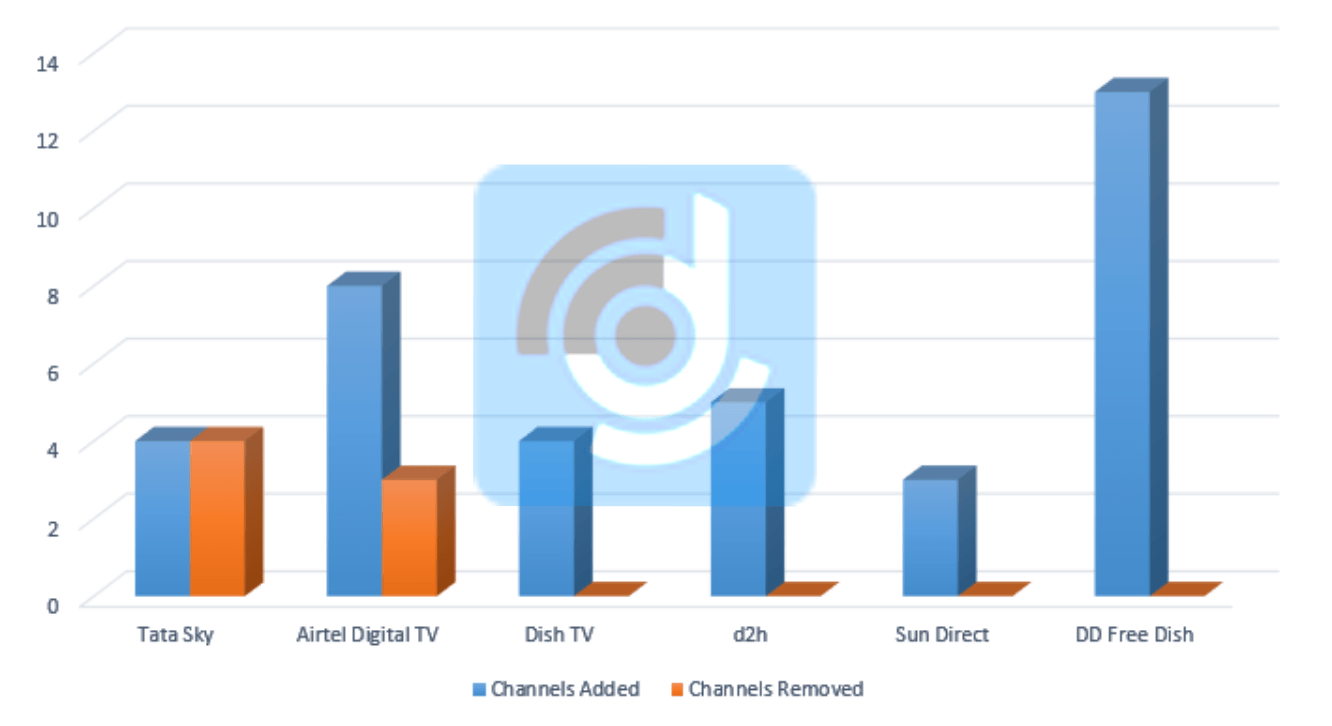 With the start of IPL people glued to their television screens in September. BARC India said that 269 million viewers watched IPL 2020’s opening week and there was a 15 percent growth in viewership compared to last year.

Growth in TV viewership means growth in subscriptions of cable and DTH operators. To minimize inconvenience in watching the IPL, DPOs took several steps in September ranging from bouquet modifications to offers.

Another major development was the launch of Zee Plex, the company’s cinema to home (C2H) service that will allow subscribers to access new movie releases on television and digital platforms. Zee has partnered with Tata Sky, Airtel Digital TV, and Dish d2h for this service.

With the addition of Zee Plex, Tata Sky has removed its own service Showcase 2 and Showcase 2 HD which used to premier ad-free movies. Showcase 1 and Showcase 1 HD still exist on the platform for now but there is no confirmation whether it’s also going to be discontinued or not.

Many people add IPL channels on the day the match begins which puts load on Tata Sky and pack change requests sometimes don’t get processed in time. To prevent this from happening the company this time allowed customers to choose IPL broadcasting channels days before the match begins so that those channels could get automatically subscribed from 19th September.

September also marked the beginning of mega LCN change 2020 of Tata Sky. So far the operator has changed channel numbers for English Entertainment, Marathi, Bengali, Tamil, and Kannada channels. Other genres LCN is also expected to be changed in upcoming weeks.

Airtel Korean TV is powered by One Take Media and will show Korean Drama, popular Korean songs, and series dubbed in Hindi with English subtitles.

Free-to-air satellite television provider DD Free Dish has added News India 24×7 and 12 e-Vidya channels. The e-Vidya are educational channels for students from class 1 to 12 so that they can learn from their homes.

Posted in: Analysis Direct To Home