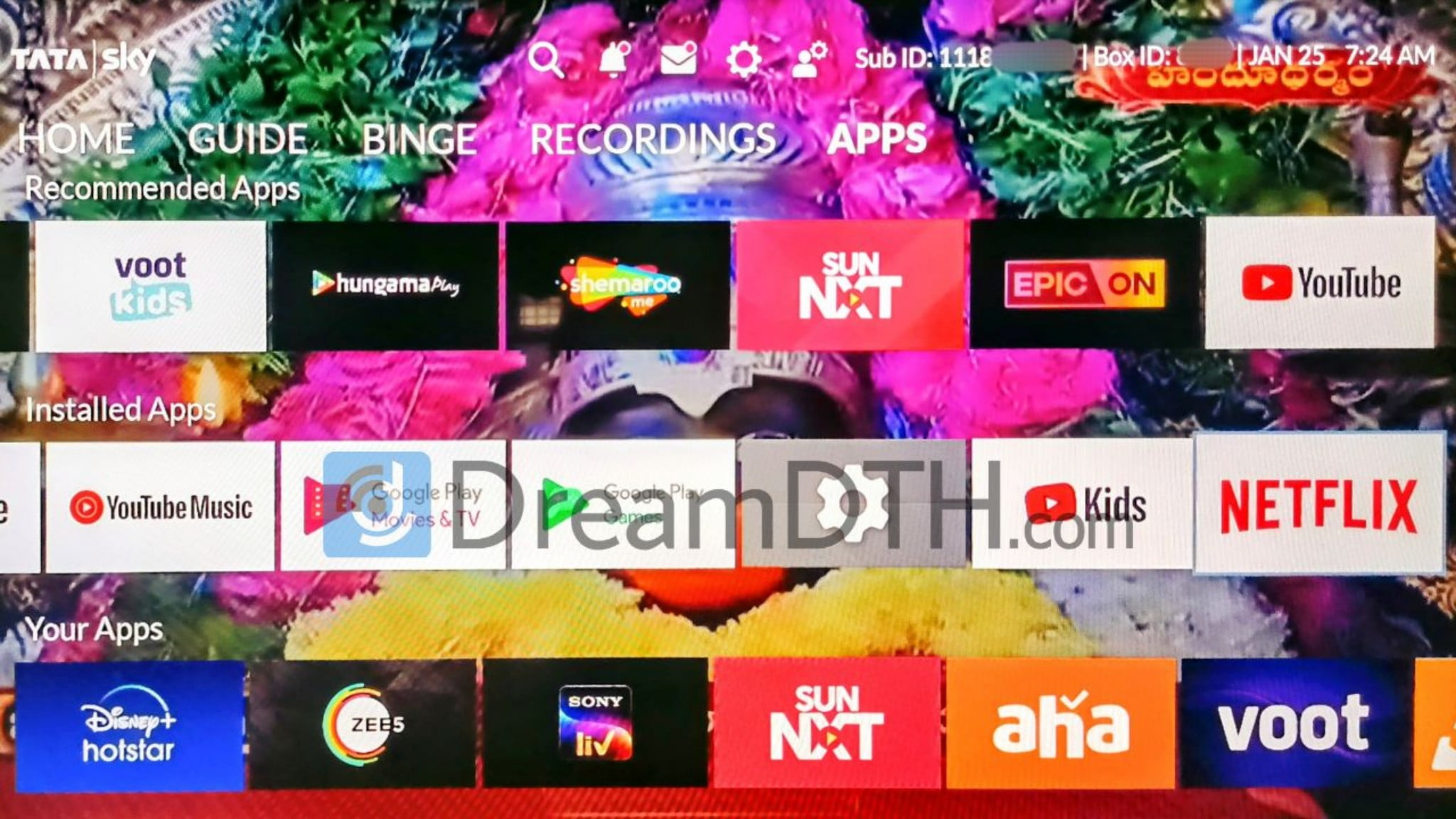 DreamDTH had recently reported that Tata Sky is testing Netflix subscription under its Binge plan, now the DTH operator has officially pushed Netflix support to all Binge+ Android hybrid set-top boxes via an OTA update.

The system update is gradually being rolled out to all active STBs and after its successful installation users will find Netflix app pre-installed, just login with your credentials and start streaming. This big move comes just before the planned rebranding of Tata Sky as Tata Play and in upcoming months there is possibility of a dedicated ‘Netflix’ button on the remote of Tata Sky Binge+.

Airtel Digital TV’s Xstream set-top box had Netflix support since the launch, however, despite having very similar hardware, Tata Sky Binge+ lacked Netflix and this was among the biggest concerns and drawbacks for OTT lovers because even after paying as much as 299 per month for Binge plan they were forced to watch Netflix on other devices.

After rebranding the well-known brand Tata Sky to Tata Play we might see a shift in the company’s focus to OTT services and online content aggregation as according to various reports, Indians way of entertainment is changing and they are switching to streaming platforms due to various factors such as wide variety, the ability of watch anytime on-demand, increased prices of TV channels, high amount of ads on TV, etc.

Again Receiving A New Update Will Upload The Images After Completion