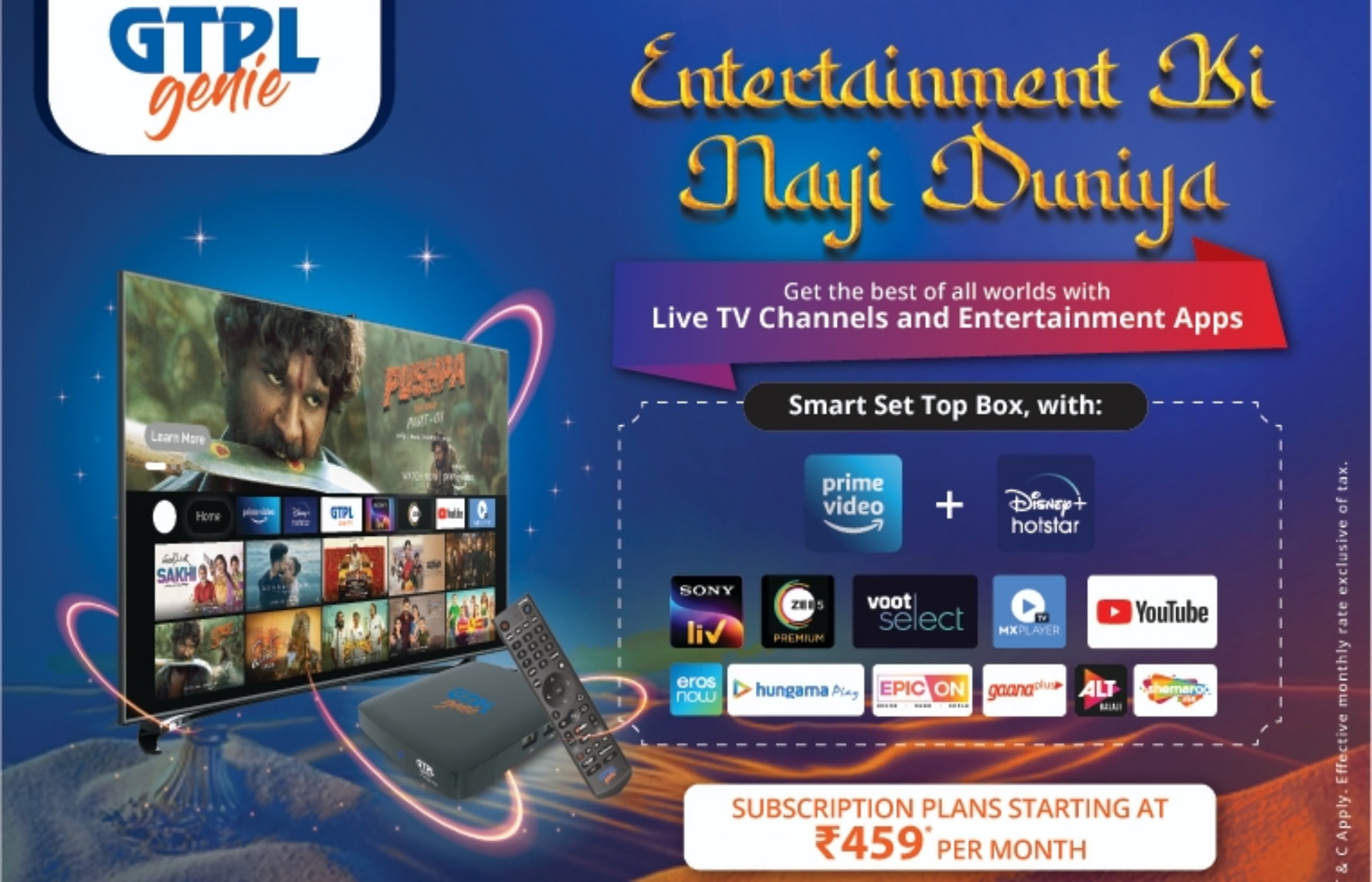 GTPL operates in 15 states, however, currently, the GTPL Genie Smart STB will be available only to customers residing in Andhra Pradesh, Goa, Gujarat, Maharashtra, Rajasthan, and Telangana. In upcoming months, the company will expand the availability of these new boxes based on customers’ demand.

New users in eligible states can book GTPL Genie connections from GTPL’s official website. At the time of booking, users have to select OTT + Royal HD or OTT + Power Plus or OTT + FTA for the next 6 months or 12 months duration.

GTPL Genie is an Android-powered set-top box based on Android TV version 9 manufactured by SEI Robotics. It has Widevine L1 support, VP9, H.264, H.265 (HEVC) video codecs, built-in Chromecast, and Google Assistant. Netflix is not supported on this STB.

According to Android-TV Guide, it comes with an Amlogic S805X Quad-core 1.2 GHz (ARM Cortex-A53) processor with ARM Mali-450 MP3 GPU paired with 1GB of RAM and 8GB of onboard storage. Bluetooth connectivity is also available and additional supported apps can be downloaded from Google Play Store.

GTPL Genie is based on Android TV version 9 and manufactured by SEI Robotics. It is available for purchase in six states.