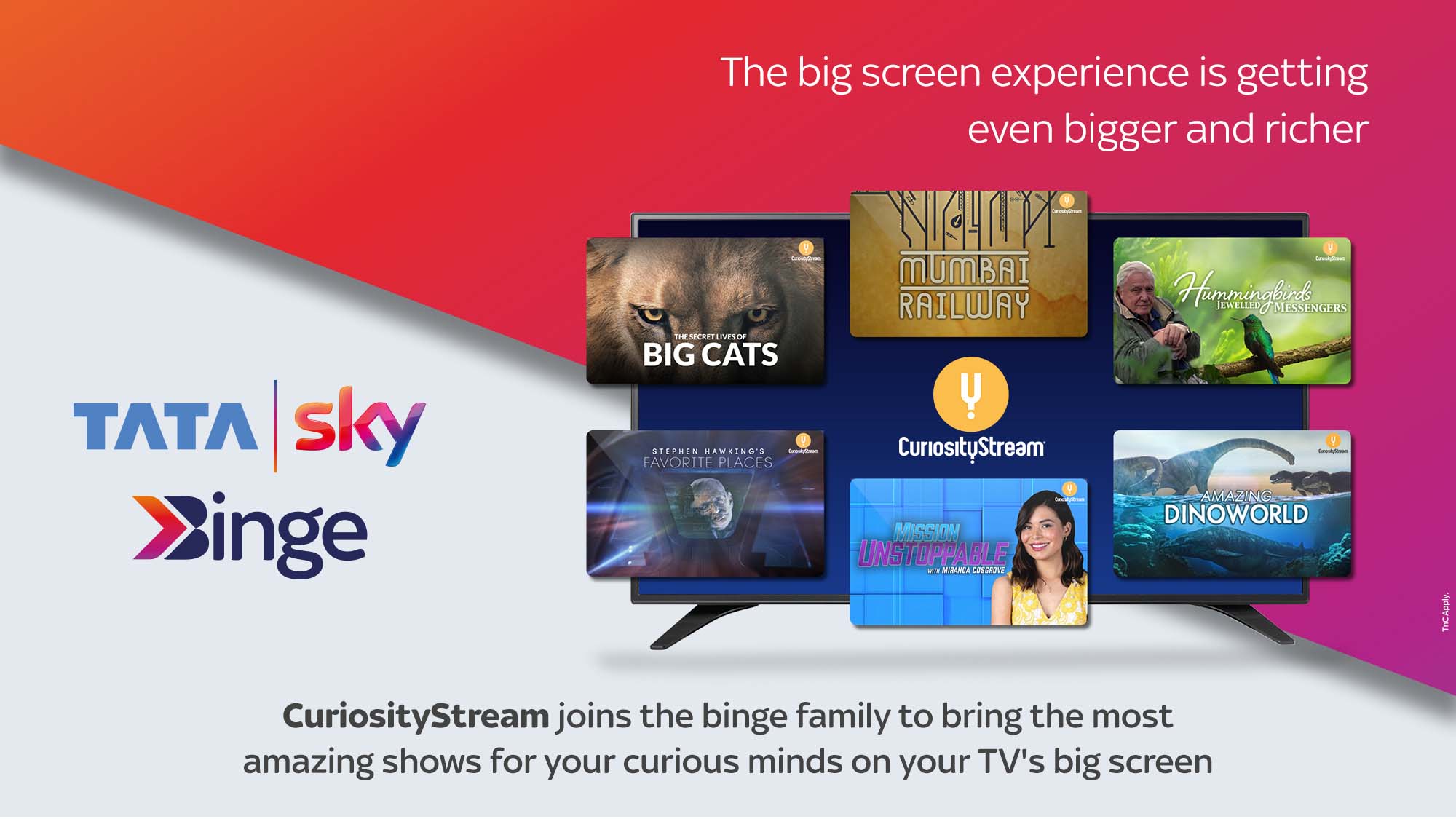 Direct to Home (DTH) operator Tata Sky and CuriosityStream today announced a new partnership that will bring thousands of hours of documentary films and series to Tata Sky subscribers across India. The partnership will see CuriosityStream’s content made available on Tata Sky’s platform on linear, OTT, and mobile app giving it a wide reach.

Tata Sky subscribers will be able to access CuriosityStream’s award-winning content via the Tata Sky Binge OTT service which is available on Tata Sky Binge+ set-top box and on the Amazon Fire TV Stick-Tata Sky Edition.

“CuriosityStream is globally renowned for its unique offering. We wanted to bring the most compelling factual content to our OTT and linear TV subscribers across genres like science, history, space, technology and many such subjects that have an enviable fan following in India. This kind of a coveted library adds another dimension to our content catalogue, and we are very proud of this association.”

DreamDTH had on 12th November reported the launch of ‘TataSky CuriosityStream’ as a linear service on television on channel number 715 along with an option to view live and catch-up content on-the-go via the Tata Sky Mobile app.

“CuriosityStream shares Tata Sky’s commitment to bringing viewers the highest quality content wherever and whenever they want to experience new adventures and discover the world’s most fascinating people, places, and stories.” said Bakori Davis, Managing Director and Head of International Distribution for CuriosityStream. “We look forward to partnering with Tata Sky to introduce CuriosityStream to new viewers throughout India and to grow our company’s reach in this dynamic media market.”