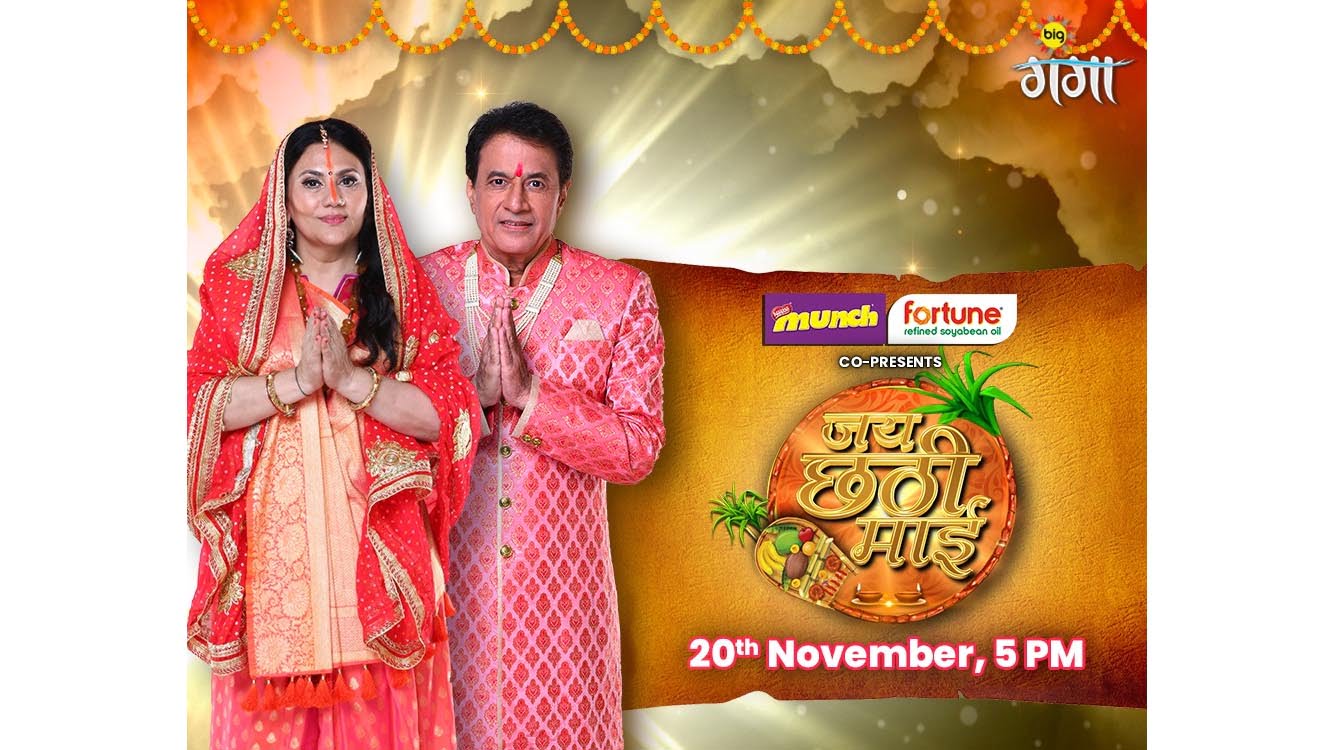 Big Ganga is set to celebrate the biggest festival of the Bhojpuri region, Chhath with its annual music event ‘Jai Chhathi Mai’ bringing on board Arun Govil and Deepika Chikhalia which will telecasted on 20th November from 5-7PM on Big Ganga elevating the fervour of Chhath.

The channel has brought on two personalities who are said to represent the immense faith and devotion that region has in the gods with both of them said to have penchant of knowing the pulse of their ardent Bhojpuri speaking audience better than anyone else.

The annual musical extravaganza will bring to life the moment of Siya Ram performing Chhath rituals at the Ganga Ghat and receiving Chathi Maiyaas blessings. The musical narrative show by Arun Govil and Deepika Chikhalia will run for 2 hours with the channel raising a motivating musical spiritual show to inspire its audience through divine spirit.

Chhath Puja is an important Hindu festival that is observed by women in the regions of Uttar Pradesh, Bihar, and Jharkhand region. The rituals of Chhath hold immense significance to Ram and Sita.