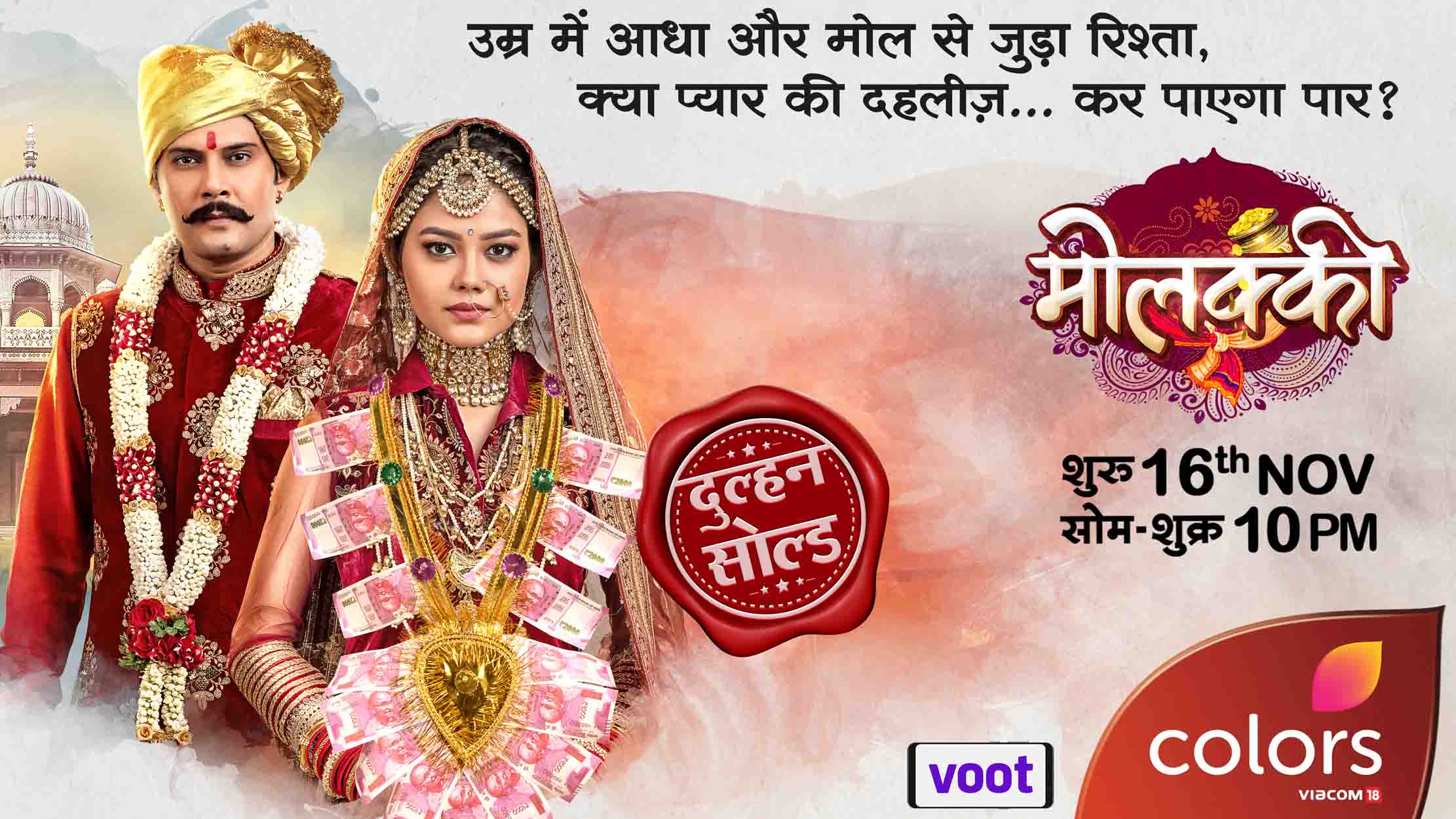 COLORS is launching a new powerful drama series Molkki from 16th November which outlines how the skewed sex ratio led to the bride buying custom and is still prevalent in Haryana. The series is a story of a 19-year-old Purvi who is a ‘Mol Ki Duhan’ which means a bride exchanged for money.

The show produced by Balaji Telefilms tells the journey and relationship of Purvi and Virendra Pratap bound by their customs who find themselves in a transactional relationship which will on Monday to Friday at 10PM only on Colors starting 16th November.

Commenting on the concept of the show, Manisha Sharma, Chief Content Officer, Hindi Mass Entertainment, Viacom18 said, “Molkki is a love story that will break all boundaries and survive all odds. With this show, the aim is to continue giving our viewers variety of entertainment with path breaking concepts and engaging story plots.”

“At COLORS, we have always believed in the power of storytelling and the impact that it can create. Over the years, through powerful stories like Balika Vadhu, Udaan, Shakti, Barrister Bahu, we have highlighted pertinent social issues. Taking forth this tradition, we bring to you a family drama series set against the lesser-known custom of bride buying. Molkki will chronicle the journey of Purvi, who falls prey to this custom, is married to a widower twice her age but fights it all in her stride.”

Ekta Kapoor, Balaji Telefilms said, “At Balaji Telefilms, we have always worked on presenting stories that are realistic, relatable and have a high entertainment quotient. Molkki is one such show that puts the spotlight on the custom of buying brides that is prevalent in India even today. It is a story about the journey of Purvi who deals with the tough situation as a bought bride and how she wins back her self-respect and acceptance from the people around her. We are happy to be partnering with COLORS who are known to present such hard-hitting and socially relevant topics, and I am sure that the viewers will admire this unique story.”

Purvi is an upright girl with a strong moral compass who has been sold as a bride to a sarpanch unknowingly, a man twice her age. She is a self sufficient, headstrong girl who has always paved her way in life having paid for her education by tutoring kids and never footed for any privilege. On the other hand, Virendra Pratap is still overcoming his first wife’s death and is soaked in the guilt of not being part of his kids’s life in their growing up years.

Now that he has married for a second time he doesn’t view it as a real relationship. The series transports viewers to Haryana reflecting on how Purvi finds her space in society, wins the respect of the people around her, and manages to establish a relationship based on trust and mutual trust with her much older husband.

COLORS’ marketing campaign around the show comprises of a focused TV plan panning across network and non-network channels in all the Hindi speaking markets with extensive print plan as a reminder on launch day through display ads. The digital audience will be tapped through YouTube along with reach of 84.25 million people on Colors social media platforms, a unique ‘Colors Golden Petal Club’ virtual event will be created and executed on the launch day for its hardcore fans.