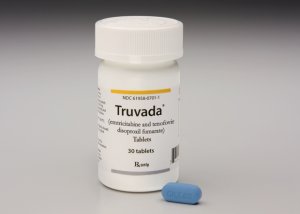 SILVER SPRING, Md. (AP) — The first drug shown to prevent HIV infection won the endorsement of a panel of federal advisers Thursday, clearing the way for a landmark approval in the 30-year fight against the virus that causes AIDS.


In a series of votes, a Food and Drug Administration advisory panel recommended approval of the daily pill Truvada for healthy people who are at high risk of contracting HIV, including gay and bisexual men and heterosexual couples with one HIV-positive partner.

The FDA is not required to follow the panel's advice, though it usually does. A final decision is expected by June 15. Gilead Sciences Inc., based in Foster City, Calif., has marketed Truvada since 2004 as a treatment for people who are infected with the virus. The medication is a combination of two older HIV drugs, Emtriva and Viread. Doctors usually prescribe it as part of a drug cocktail to repress the virus.

While panelists ultimately backed Truvada for prevention, Thursday's 12-hour meeting highlighted a number of concerns created by the first drug to prevent HIV. In particular, the panel debated whether Truvada might lead to reduced use of condoms, the most reliable defense against HIV. The experts also questioned the drug's effectiveness in women, who have shown much lower rates of protection in studies.

Panelists struggled to outline steps that would ensure patients take the pill every day. In clinical trials, patients who didn't take their medication diligently were not protected, and patients in the real world are even more likely to forget than those in studies.

"The trouble is adherence, but I don't think it's our charge to judge whether people will take the medicine," said Dr. Tom Giordano of Baylor College of Medicine, who voted in favor of the drug. "I think our charge is to judge whether it works when it's taken and whether the risks outweigh the benefits."

Panelists stressed that people should be tested to make sure they don't have HIV before starting therapy with Truvada. Patients who already have the virus and begin taking Truvada could develop a resistance to the drug, making their disease even more difficult to treat. The experts grappled with how to protect patients while avoiding hurdles that could discourage them from seeking treatment.

"If we put up too many hoops to jump through, there will be people who don't make it through those hoops," said Daniel Raymond, the panel's patient representative. Truvada first made headlines in 2010, when government researchers showed it could prevent people from contracting HIV. A three-year study found that daily doses cut the risk of infection in healthy gay and bisexual men by 42 percent, when accompanied by condoms and counseling. Last year another study found that Truvada reduced infection by 75 percent in heterosexual couples in which one partner was infected with HIV and the other was not.

Because Truvada is on the market to manage HIV, some doctors already prescribe it as a preventive measure. FDA approval would allow Gilead Sciences to formally market its drug for that use. But Truvada's groundbreaking preventive ability has exposed stark disagreements on prevention among those in the HIV community. While Truvada's supporters say the drug is an important new option, critics worry that the drug could give users a false sense of security, and encourage risky behavior.

During the meeting's public comment period, FDA panelists heard from more than two dozen doctors, nurses and patients who said patients would not take the drug as recommended — every day, in addition to using condoms.

"Truvada needs to be taken every day, 100 percent of the time, and my experience as a registered nurse tells me that won't happen," Karen Haughey told the panel. "In my eight years, not one patient that I've cared for has been 100 percent adherent."

Other speakers worried that wide scale use of Truvada would divert limited funding from more cost-effective options. Truvada sells for about $900 a month, or just under $11,000 per year. The AIDS Healthcare Foundation, which opposes approval of Truvada, estimates that 20 HIV-positive patients could be treated for the cost of treating one patient with preventive Truvada.

"Truvada for prevention will squeeze already-constrained health care resources that can be better spent on cheaper and more effective prevention therapies," the group states in a petition to the FDA. The FDA is legally barred from considering cost when reviewing drugs. Medicare and Medicaid, the nation's largest health insurance plans, generally cover all drugs approved by the FDA and many large insurers take their cues for coverage from the government plans.

An estimated 1.2 million Americans have HIV, which develops into AIDS unless treated with antiviral drugs. AIDS causes the body's immune system to breakdown, leading to infections which are eventually fatal. Gay and bisexual men account for the majority of cases — nearly two-thirds.

The number of new HIV infections in the U.S. has held steady for 15 years at about 50,000 per year. But with no vaccine in sight and an estimated 240,000 HIV carriers unaware of their status, doctors and patients say new methods are needed to fight the spread of the virus.

Nick Literski, a federal worker in Seattle, has been taking Truvada for HIV prevention for more than a year. His partner is HIV-infected and his doctor prescribes the drug as a precautionary measure, even though it is not yet FDA-approved for that use. Literski pays a $40 monthly co-pay for the once-daily pill.

FDA approval of the drug for prevention would be "a huge step forward" in the fight against AIDS, he said in an interview Thursday. But he said rejection would be devastating, threatening gay relationships like his that involve one partner who is HIV infected and one who isn't.

"Many HIV-positive men end up ending their relationships with HIV-negative men out of fear of infecting their partner," Literski said, and he worried about that happening to him before he started using Truvada.

This is a breakthrough...awesome !
You must log in or register to reply here.