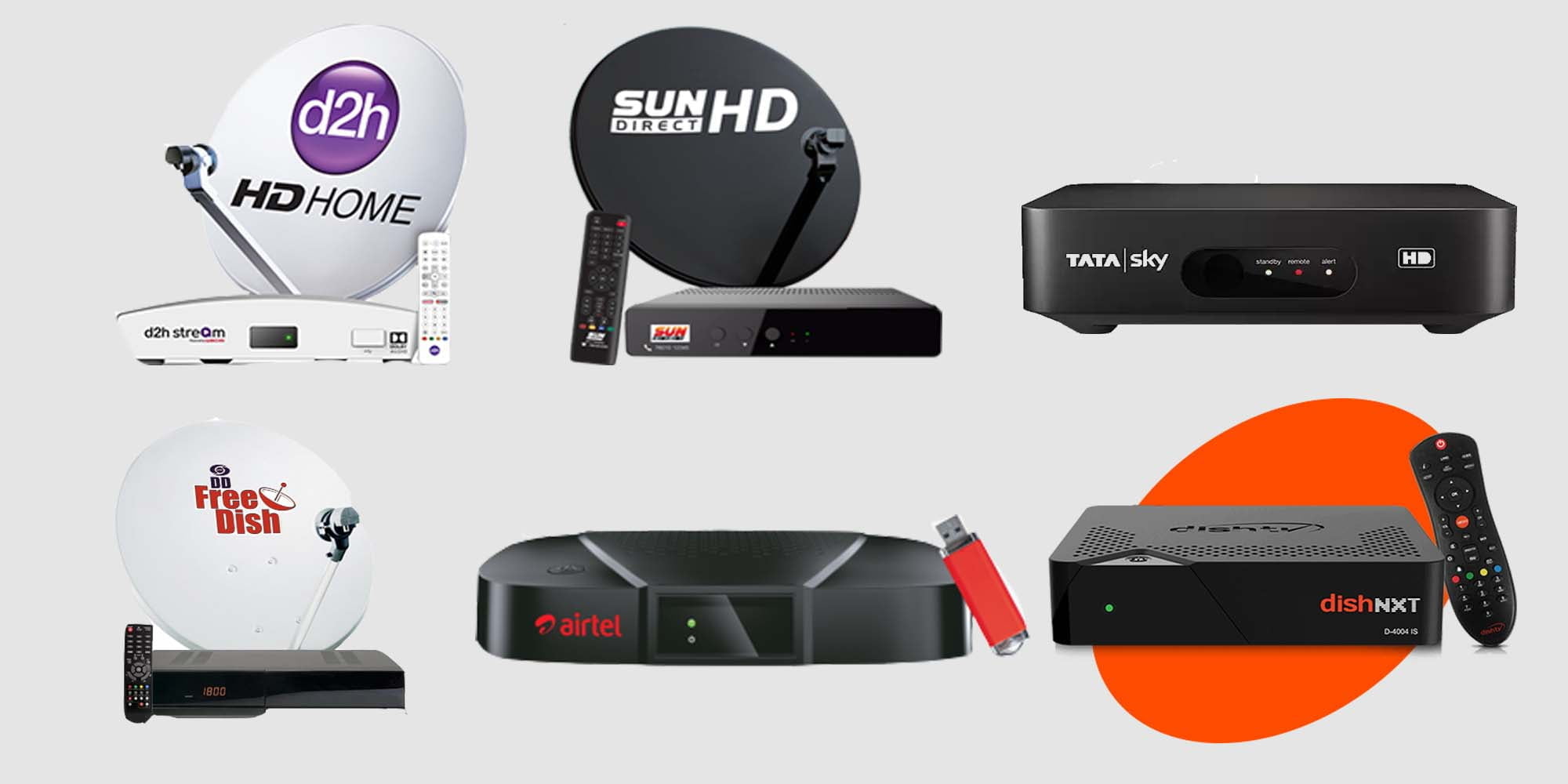 Similar to January, Tata Sky has been the most active DTH operator in February also. Sun Direct added the highest number of channels while Tata Sky removed more channels than others. Find out every major activity from Tata Sky, Airtel Digital TV, Dish TV, d2h, Sun Direct, and DD Free Dish from the month of February 2020 in this exclusive article.

This month Tata Sky launched ‘Jingalala Appiness Offer’ under which for 1 week it offered most of Tata Sky mobile app content for free and Tata Sky service at Rs 1 for the first month along with multiple cashback offers on recharge. The operator also increased its minimum recharge amount by 250% from Rs 20 to Rs 50.

Airtel Digital TV (ADTV) has added 3 satellite channels and 1 service channel this month while 5 channels were discontinued by the DTH operator. Shemaroo Marathibana, Navtej 24×7, and Manjari TV are the channels added while channels which are discontinued include Surya Bhakti, Katyayani, Sarthi TV, Surya Samachar, and Surya Cinema.

Dil Punjabi is the new service channel launched by ADTV. This channel is from PTC Network and as the name suggests it is a Punjabi channel catering to new movies and entertainment from Pollywood.

Dish TV was least active this month with the addition of 2 channels and removal of 1 channel. Zee Picchar, 1Sports were added while Disney Stories has been dropped by the DTH operator. d2h, on the other hand, added 3 channels namely Zee Biskope, Zee Punjabi, Zee Picchar and discontinued Mangalam TV.