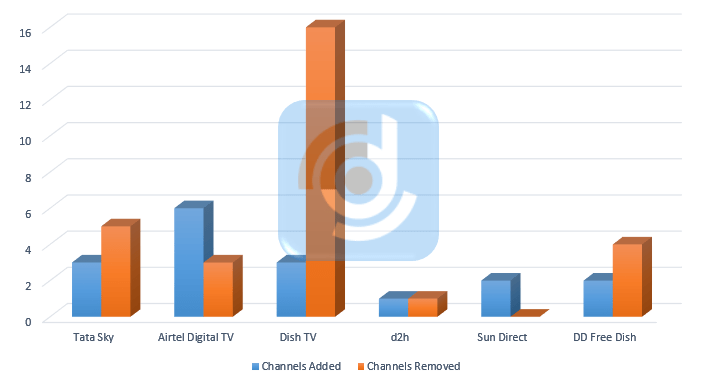 October has been mixed for television lovers, we got some good news like the introduction of the lowest NCF in the DTH industry by Sun Direct which may push competitors to offer better deals, and some bad news like the withdrawal of 3 years warranty scheme on new connections by Tata Sky.

Last month, one more channel shuttered, the Hindi Music channel Zee ETC Bollywood which was available on 4 DTH operators is now discontinued by the broadcaster. The channel is replaced by Zee Vajwa, a Marathi music channel that is already added by 3 DPOs.

In February 2019, Tata Sky started offering a 3 years warranty on all new connections, but now after about 20 months this policy has been withdrawn and new users will only get 1 year of warranty. This IPL season, the operator provided free of cost Disney+ Hotstar VIP 1 year subscription to some select customers.

Channels removed from ADTV include Zee ETC Bollywood, Khushi TV and Living Foodz HD. Airtel has reduced the price for its hybrid set-top box Airtel Xstream. The cost of Xstream Basic is decreased to Rs 2,499 from Rs 3,600 while Xstream Premium’s price is slashed from Rs 5,999 to Rs 4,898.

The removals are in line with Dish TV’s decision to change South base to ST-2 satellite. Those Dish TV customers realigned to ST-2 will continue getting the channels which are still available on ST-2.

d2h was pretty much dormant with addition of just 1 channel Zee Vajwa and removal of Zee ETC Bollywood. It introduced Box Service Plan at Rs. 99 per year allowing users to extend the warranty of their set-top boxes. 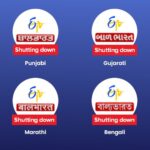 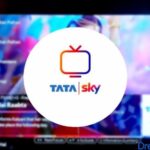 Exclusive: Tata Sky to soon get rebranded as Tata Play 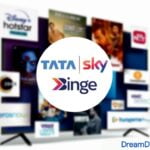