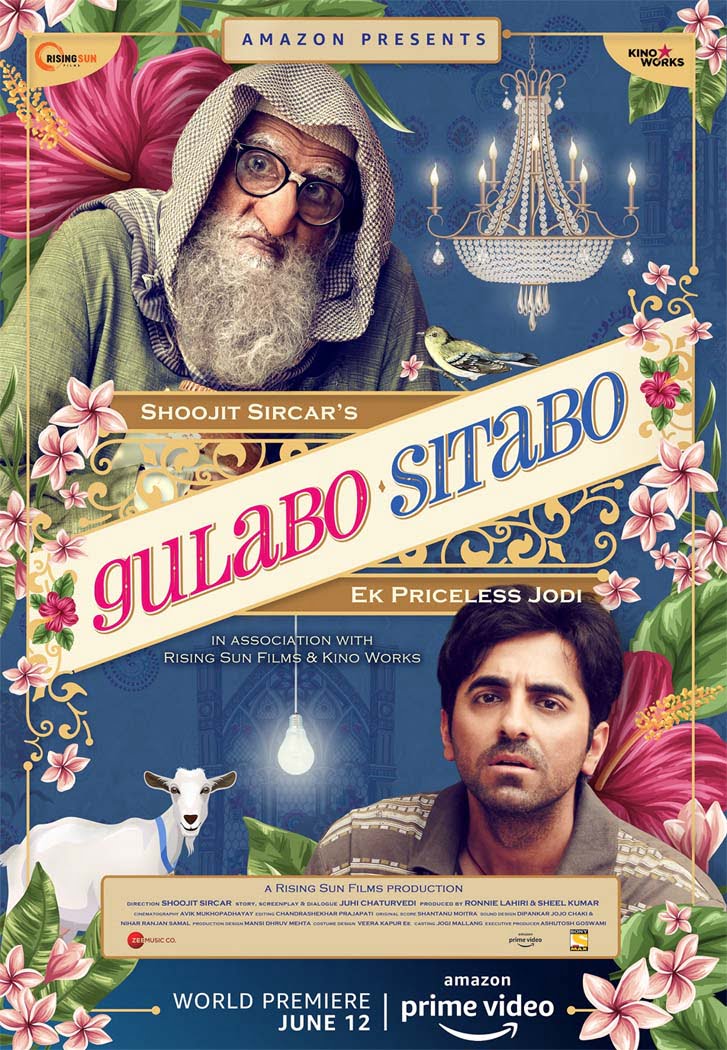 Sony MAX is all set to telecast the World Television Premiere of Amitabh Bachchan and Ayushmann Khurana starrer satire Gulabo Sitabo this Sunday at 12 PM. The film is a tale of a landlord and is tenant who are constantly at odds with each other.

The film set in Lucknow has been produced by Rising Sun Films production and directed by Shoojit Sircar. The plot revolves around the battle of ownership of a dilapidated mansion.

Both the landlord and the tenant are always at loggerheads over the payment of the rent with the film surprising the audiences at the end with an unexpected twist and a beautiful lesson. Farukh Jeffer, Shrishti Shrivastava, Vijay Raaz, Tina Bhatia, Brijendra Kala and Poornima Sharma are among the other actors in the film’s cast.

The film with its powerful screenplay and cinematography will take you to Lucknow’s old charm – beautiful mansions, tuk-tuks, cycle rickshaws while the city decays.