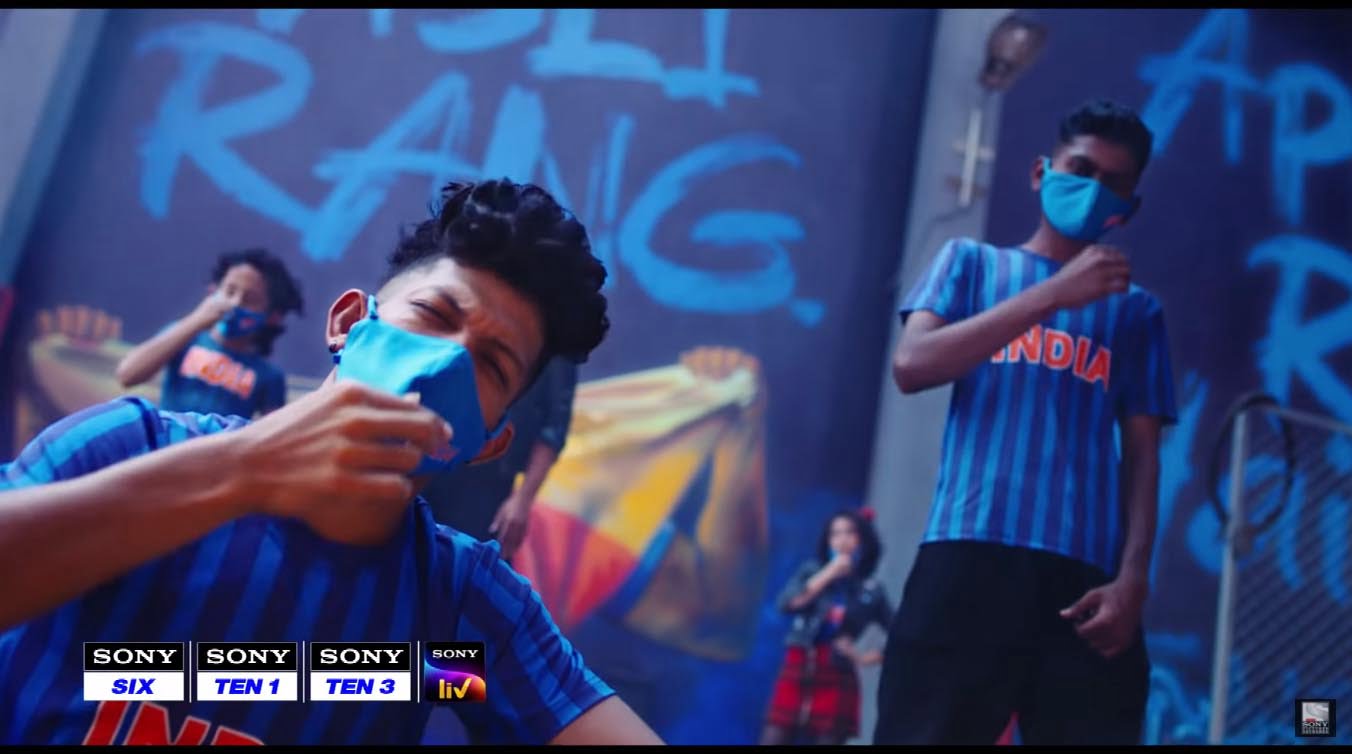 Sony Pictures Sports Network (SPSN) has launched the #CricketKaAsli Rang campaign paying ode to the undying true-blue love for the game of cricket ahead of the upcoming India Tour of Australia. The campaign calls on Indian cricket fans across the globe to show support and cheer for their home team invoking the true BLUE love for cricket through creative lens of ripping clothes to reveal the second skin of every Indian.

SPSN is set to broadcast the India Tour of Australia 2020 series which will feature 3 T20Is, 3 ODIs, and 4 Tests starting November 27, 2020 which will aired LIVE on Sony TEN 1, Sony TEN 3, and Sony SIX channels in India from 8 AM IST and will be live streamed on its OTT platform SonyLIV.

SPSN is returning with its flagship studio show Extraa Innings to enhance the fan experience and ensure an unparalleled viewing experience for audiences across the nation which will feature a lineup of legends and former cricketers like Glenn McGrath, Sanjay Manjrekar, Ajay Jadeja, Virender Sehwag, Zaheer Khan, Nick Knight, Mohammad Kaif, Murali Karthik, Vivek Razdan, Ajit Agarkar, and Vijay Dahiya who will share their insights with viewers through the course of the series. Harsha Bhogle and Arjun Pandit have been roped in as the English and Hindi presenters respectively along with Erin Holland who will be the on-ground presenter for the series.

Indian viewers will get to experience the world feed commentary from Australia with Shane Warne and Adam Gilchrist as well as customized English and Hindi commentary from SPSN’s band of panelists.

“Cricket in India is not just a sport; it is an emotion and Sony Sports is excited to showcase all LIVE action from Team India’s first endeavour after nine months against Indian cricket’s biggest rival, Australia. This will also be the first time that fans will be allowed to attend an international match as all the recent international series since March were played behind closed doors. We know how significant this series is for Indian fans and will be airing the series with four language feeds -English, Hindi, Tamil and Telugu to reach out to a wider set of viewers. We are also excited to bring back our studio show Extraaa Innings, which will feature some of the most respected names from the cricketing fraternity like Glenn McGrath, Harsha Bhogle, Sanjay Manjrekar, Ajay Jadeja, Virender Sehwag, Zaheer Khan, Nick Knight and more to provide their expert insights for an unapparelled viewing experience to our fans through the series.”

SPSN has also announced the sponsors and co-presenters of the series which include Maruti Suzuki, My11Circle, BYJU’s, Payments on Amazon. in, and Vimal Pan Masala while the associate sponsors include Mondelez, Pernod Ricard, MRF, SBI Mutual Fund, Netflix, and Ather Energy to name a few apart from Dettol which has been roped in as the presenting sponsor for the studio show “Dettol Extraa Innings”.