DD Retro and 11 DD Regional Channels notified as Mandatory Channels by MIB along with introduction of a new proviso. 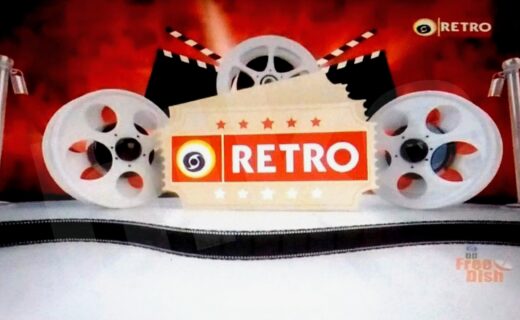 The addition was done earlier this morning on the Dish TV platform. It came hours after d2h added DD Retro on its platform.

Sun Direct was the first private DTH operator to add the channel through DD Free Dish which was followed by Airtel Digital TV and Tata Sky subsequently.

Tata Sky on Wednesday became the third private DTH operator to add DD Retro on its platform following in the footsteps of Sun Direct and Airtel Digital.

Sun Direct on Monday added DD Retro on its platform via DD Free Dish. Sun Direct has placed the channel on LCN 350 between Bflix Movies and MTV.

Doordarshan is tapping into its archives to bring back nostalgic programs for its viewers.

Doordarshan to launch DD Retro which will air Nostalgic programs